Christianee Porter, also known as The Christi Show, is an actress, writer, singer, and comedian from Little Rock, Arkansas who currently resides in Atlanta, Georgia. Born into a family of entertainers, it was no surprise that she was blessed with the ability to entertain others. By the age of eight, she was writing, singing, and performing in front of anyone who was willing to listen. She made her siblings background vocalists, camera people, and anything else she required to put on a great show. Always known for her class clown antics, it became apparent to all who watched her lead role performance in A Raisin in the Sun that she was born to entertain. read more

Use this form to find things you need on this site 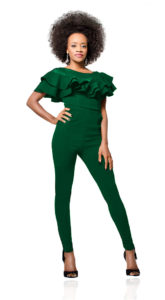 Join our Newsletter to get Special Offers!